Video has become a staple in digital marketing. When done right it can be compelling, engaging and convincing all at the same time. This is probably why video is gaining a monopoly on the time we spend online. The popularity of video is growing, plus we’re already spending at least a third of our time online invested in video content.

While 89% of marketers are already leveraging the power of video, there are still many businesses that aren’t using it to its full potential. Video is one of the most important marketing mediums, but if you’re not using it as a tool to generate more leads, then you’re missing out on some of the biggest benefits, not to mention a greater ROI.

Video is effective because it appeals to something that we all have in common – biology. Our brains are wired to prefer visual input. We’re programmed to take in the most information with the least amount of effort. From a biological standpoint it’s all about preserving resources, but from a marketing point of view it’s a way of turning the average viewer into a lead and moving them along the funnel with minimal effort.

Simply put, video works for lead generation and here are 4 reasons that you’re going to love it. 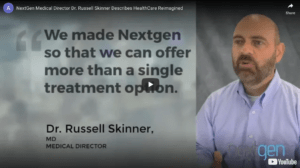 Lead generation is a crucial part of any digital marketing strategy. But in today’s digital world, consumers are bombarded to the point of overstimulation by marketing. It doesn’t matter if they’re checking their email or scrolling through their social feed, it seems that there’s always at least one business trying to appeal to them.

In other words, your potential leads are tired, and they’ve grown weary of sharing their information with just anyone that asks for it.

Not only does video provide value and content that’s easier to consume, but it’s also a major player in establishing trust and authenticity for brands. A business can’t hide behind video, especially if you’re publishing behind the scenes videos or putting your own face in front of the camera.

The truth is, there’s only so much traffic that you can generate on your own, and maybe you’re satisfied with the amount you currently have but consider the potential if you were able to exponentially increase your leads.

You can make this happen with a little help from your friends – meaning the people that follow you on social media. Video is highly engaging and shareable. In fact, video has the potential to generate 1,200 times more shares than images and text combined.

You Can Establish an Elite “Gated” Community

One of the easiest ways to generate leads with video is to set up an email gate. This is simply asking a viewer to enter their email address before gaining access to your video. Some businesses flinch at the idea, but let’s talk about why it works.

An email gate works best when the prospective lead has already moved a little way down the funnel where they’ve already shown some interest and invested a little time. This is a prime opportunity for sealing the deal and capturing the lead.

When presented with video content that requires an email address to access, you’re not only capturing a lead, you’re also establishing your authority and helping the viewer recognize the value of your content.

What you’re saying is that this is exclusive content, not what you typically share with just anyone. For example, if a viewer has been following a series of your videos on a specific product or service, a gated demo video that shows more details is the perfect place to capture their information.

Video provides a different platform to present your CTAs on, and it’s an incredibly effective one. According to Vidyard, who did their own trial on the effectiveness of videos with CTAs compared to those without, they found that the conversion rate was 21% compared to a measly 1%.

A CTA added at the end of a video gives engaged prospects the opportunity to act while you’re still on their minds.

Are you already leveraging video as part of your professional digital marketing strategy? If not, now is the time to start. Take the leap and try it, we promise that you’re going to be impressed with the power of video as a lead generation tool.

Linkedin As A Lead Generation Tool