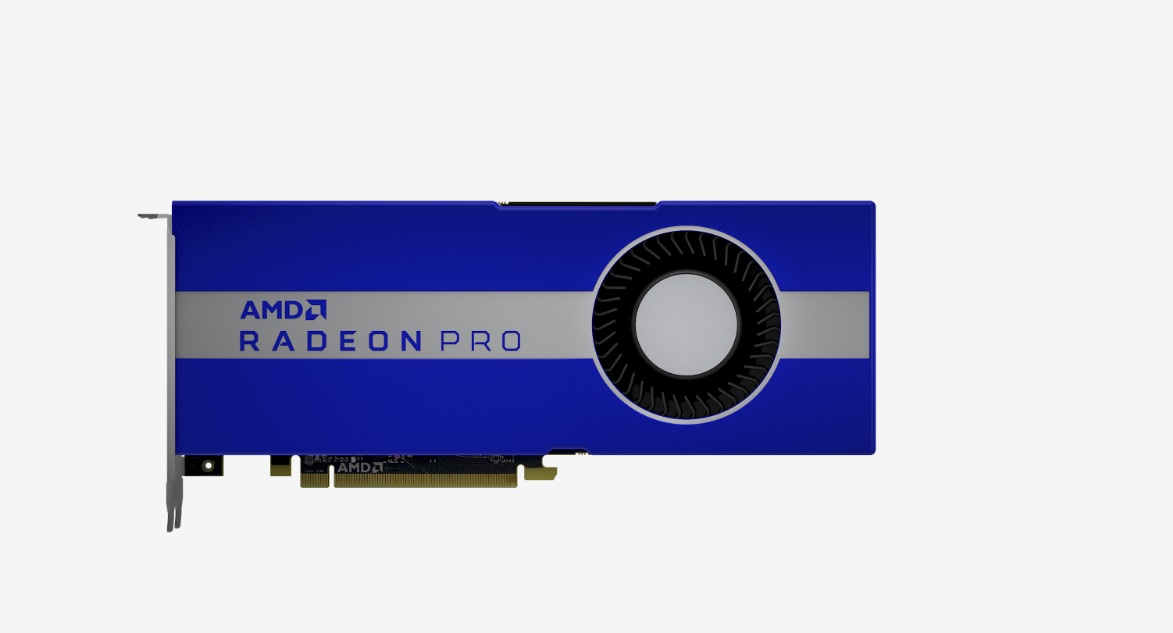 The new graphics card and its chip are powered by AMD’s RDNA architecture, aimed at providing high performance and power efficiency for graphics professionals.

The target market is 3D design, commonly referred to as computer-aided design (CAD). More specifically, the RadeonPro W5700 graphics card is aimed at enabling designers to be more productive with the graphics-hungry visualization tools that are gradually starting to supplement traditional design workflows.

For example, the Unity game engine is seeing success as a real-time visualization tool in uses such as automotive styling and architectural previews.

The reason for this shift is that traditional design applications, such as Dassault Systemès’ Solidworks, are heavily focused on function over form. They provide a trove of design functions to meet the growing demand in product complexity, but improving the viewport fidelity is often not the priority for design applications, AMD said.

So there’s growth in supplementary visualization techniques using applications that specialize in producing high-fidelity graphics — game engines, virtual reality, and rendering. The Radeon Pro W5700 graphics card is designed to not only provide performance in traditional design applications, but to also deliver a rich user experience for new visualization workflows.

The card delivers 1.25 times the instructions per clock compared to the previous generation of chips.

AMD is also introducing AMD Radeon ReLive for VR, which beams VR content processed on your computer to a wireless head-mounted display (HMD) for a unique untethered experience.

Radeon ReLive for VR enables you to walk around an architectural space or virtual set without worrying about wires, base stations, or dedicated VR rooms. Currently, Radeon ReLive for VR supports the HTC Vive Focus Plus, a standalone HMD with 6 degrees-of-freedom inside-out tracking and controllers, with Wi-Fi 5 (or 802.11ac, in old terms) connectivity.

Jon Peddie, analyst at Jon Peddie Research, said in an email that Nvidia has about 85% of the market share for workstation chips, and AMD has been battling for small percentage gains on and off over time. Peddie said the W5700 is a strong chip, but the growth in the market is in mobile, where Nvidia has been particularly strong.