Google My Business changes, here’s the list of upgrades and tests 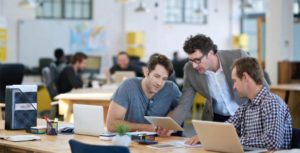 For businesses that operate in the physical world, Google My Business (GMB) has become the center of the digital universe. Google is relying increasingly on content in GMB for ranking and less on third party citations and off-page signals than in the past.

A lot happened with GMB this year, far too much to summarize in one post. (Joy Hawkins does a great job of capturing and summarizing most local SEO-related changes.) In addition to four major Google algorithm updates there was at least one major local algorithm update tied to neural matching, although BERT will affect local results as well.

Below is a summary of most (though not all) of the GMB updates and changes that happened this year, together with a few that don’t strictly belong to GMB. I’ve also tried to add some perspective at the end with an assist from local SEOs and experts Carrie Hill, Adam Dorfman, Mike Blumenthal and David Mihm.

July: Get a quote and place topics

The local SERP is evolving

Most of these changes above impact local marketers, but there are some developments that are clearly more important than others. Google is using machine learning extensively to improve relevance and auto-generate content (Posts, reviews in carousels) for uses that vary by query and context. It’s also making local-mobile search results much more visual.

Finally, Adam Dorfman added, “The survey regarding packaging of potential products and services businesses could pay Google for was one of the larger signals of where they are likely to head.” I agree.

Greg Sterling is a Contributing Editor at . He writes about the connections between digital and offline commerce. He previously held leadership roles at LSA, The Kelsey Group and TechTV. Follow him Twitter or find him on LinkedIn.

Yoast SEO to launch on Shopify